So called matrix effects often dictate that samples be analyzed by LC/MS since their presence with analyte leads to inefficient ionization or formation of adducts. The effect of various solvents on DART® efficiency is show here using the common standard Warfarin.
The DART® ionized molecule appears as the protonated molecule and the spectrum is virtually adduct free. 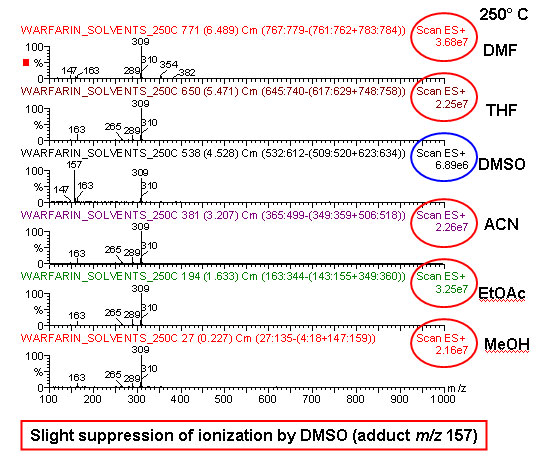 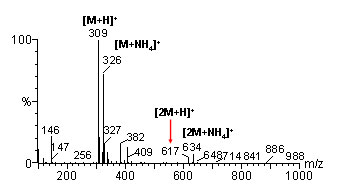